Being good soldiers, we fight the fight against bacteria with gusto. Hold up, little soldier, we need to talk about how we might want to be a little selective in our fight against germs. Why? Some bacteria wear the white hats of heroes, and we need them for good health. Oh, yes, indeed! These good guys can prevent and heal disease.

Here’s how it goes: Our intestines are crawling with bacteria, some good, some evil. We’re warned all the time about bad bacteria, so we kind of have that down. Good bacteria is a whole different story, starting with the fact the name sounds like a contradiction in two words. Can we talk?

Did you know the number of bacteria cells in our intestines is greater than the number of coexisting human cells by about one hundred to one? Or that intestinal bacteria come in more than 1000 species, all of which change, whether for good or for bad, depending on our diet, etc.? Or that 67% of our bacteria are unique to each individual? We can’t just start killing willy-nilly.

Most of bacteria’s health-affecting actions takes place in our small intestine. Small, that is, in diameter, but, considering the space it has to squeeze into, huge long (about 250 inches). The food we eat takes five to six hours to get from beginning to end.

And while the food is being digested and turned into glop, good bacteria make good things happen. For instance, most of our serotonin, the so-called “happy hormone,” is created by bacteria in the small intestine. In simple terms, not enough of the right bacteria means not enough serotonin, leaving you depressed and edgy.

Good bacteria also trains your immune system to distinguish the good guys from the bad, disease-causing guys, protecting the former and going to war against the latter.

And the bacteria-in-the-white-hats help your endocrine glands-thyroid, adrenals, pancreas, etc.-which, aided and abetted by good bacteria, do much of their work in the small intestine. The small intestine may look like an unappetizing plate of bloated spaghetti, but few other body parts are as important.

Eating a lousy diet and expecting your body to turn it into magic ignores the small intestine’s importance.

When bad bacteria takes over

Did you know that what you eat determines the size of the army you have working for (or against) you? When you eat carbs, you encourage one kind of bacteria, while eating protein and fat boosts the growth of a different bacteria type. On the other hand, eating a completely fast-food diet causes good bacteria to swoon, which lets bad guys take over.

(It pleases me no end that research keeps turning up results validating what I’ve been saying for years. Hubba, hubba!)

By now you might be wondering how to tell good bacteria from bad, especially since we can’t really see any of them. Well, sometimes it’s obvious. Swamps, for instance, tend to have mostly bad-for-humans bacteria, so you don’t look there for drinking water.

But apart from obvious things like swamp water, we simply rely on our bodies to sort it all out. If we get good nutrition and avoid toxic substances, such as fluoride, statin drugs, aspartame, MSG, etc., as much as possible, we equip our bodies to fight and win battles, even big battles. It’s when we don’t do our part that life goes downhill.

Meanwhile, doctors aren’t allowed to talk about nutrition, even though that’s what leads us to victory.

The Nutrition We Laugh At

Statin Drugs are the Enemy

Nutrition Does It Again!

Bette Dowdell
Too Pooped to Participate

P.S. Bette Dowdell is not a doctor, nor does she purport to be She’s a patient who’s been studying and successfully handling her own endocrine problems for more than 30 years. She offers introductory teleseminars and an in-depth 12-month subscription program, “Moving to Health” about living well with endocrine issues. She explains how things work-or don’t, discusses what things to avoid as well as the things that help, and she provides a lot of well-researched nutritional information. Subscribe to her free e-zine at Information is power. 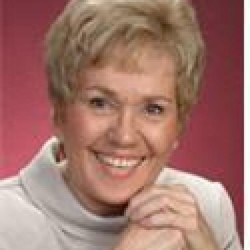 Bette Dowdell
President at Too Pooped to Participate
Bette Dowdell writes about taking control of your own health because that's the only choice life gave her.

Bette Dowdell writes about taking control of your own health because that's the only choice life gave her.